Hostiles, what are hostiles?

The short answer is Hostiles are all the non player ships in the game that show up in red on your screen. The longer answer is that as content is added to the game the line starts to blur so lets list that out. 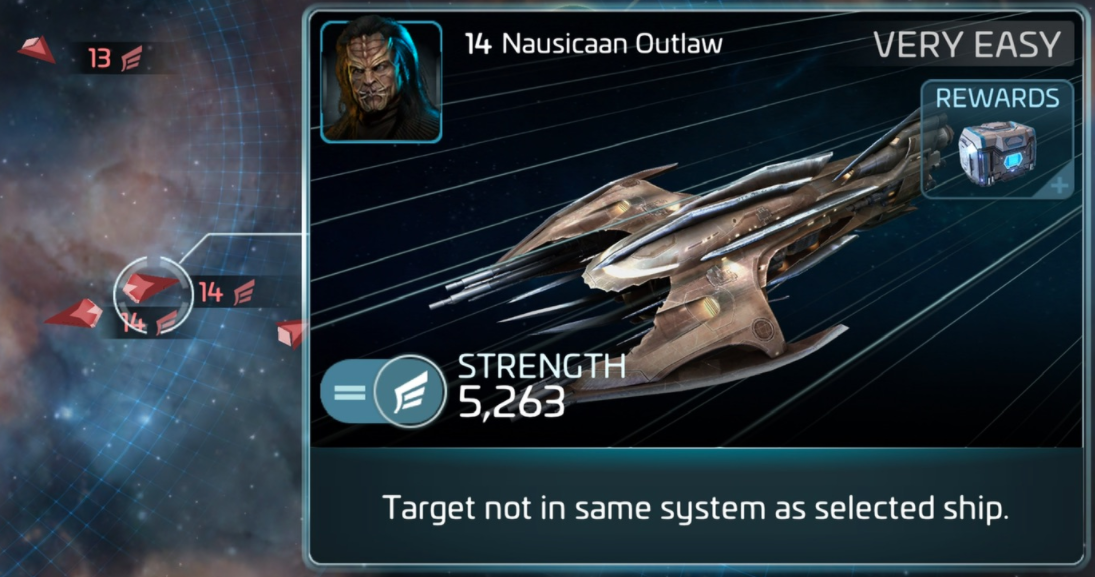 Why is this important?

Identifying what a is and isn’t a hostile is important as crews outlined here are only effective at killing hostiles. Using these crews in PVP, in Armadas or verses Mission Bosses would result in sub optimal results. Not all officers listed would be ineffective but as a whole the crew setup would be suboptimal.

Until recently there was one hostile crew to rule them all and it consisted entirely of officers acquired early in the game. With the release of the Shakedown Cruise officers an advanced hostile crew emerged. We will start with the Basic Hostile crew and the officers to use based on the hostile you’re fighting.

The basic hostile crew has two variations based on the opponent ship type. The centerpiece of the basic Hostile crew is Cadet Uhura as captain anchored with one of the following (Instructor Spock, Cadet Kirk, or Cadet McCoy) McCoy was until recently bugged and his officer ability did not work this has reportedly been fixed. The officers that are changed based on who you’re fighting (Damage Type) in both hostile crews are Chen and T’Lan.

You may be asking why Cadet Uhura? As outlined in the combat guide all damage dealt is either mitigated goes to shields or hull. Cadet Uhura with synergy magically wipes 15% of the damage the hostiles away before it even hits one of these buckets. An example would be a hostile hits for 200 damage if you have 50% mitigation 100 of that damage is mitigated(Gone) the remaining 100 is split to shields and hull 80 and 20. Now with Uhura that 200 damage is reduced to 170 (200 - 15%). Now the 50% mitigation is based on the reduced amount. 170 * 50% leaves 85 damage of which 68 goes to the shields and 17 goes to the hull. As you can see shot after shot that adds up.

Now that we have the basis of the crew setup the final piece of the puzzle is based on Hostile damage type for Energy we use Chen. Chen reduces the damage of hostiles energy weapons by a percentage based on her tier with a max Chen reducing energy damage by 30%. The following hostiles you should use Chen for.

Lets put it all together in the image below

The second configuration replaces Chen with T'Laan. T'Laan reduces the damage of hostiles energy weapons by a percentage based on her tier with a max T'Laan reducing kinetic damage by 20%. The following hostiles you should use T'Laan for.

Basic kinetic crew is shown below

With the release of the Shakedown Crew a new and improved hostile crew has emerged. Like the basic hostile crew the advanced also has two variations based on the opponent ship type. The centerpiece of the basic Hostile crew is the combination of Pike and Moreau. The officers that are changed based on who you’re fighting (Damage Type) in both hostile crews are Chen and T’Lan.

How does Pike work? Pike makes all bridge officers abilities better this means T'Laan and Chen's ability get stronger! Couple that with the Synergy of Pike and Moreau and it goes to a 60% boost! It It also boosts Moreau's reduction in opponents piercing.

Depending on the level of your officers the Advanced crew provides around a 50% increase in hostiles farmed. 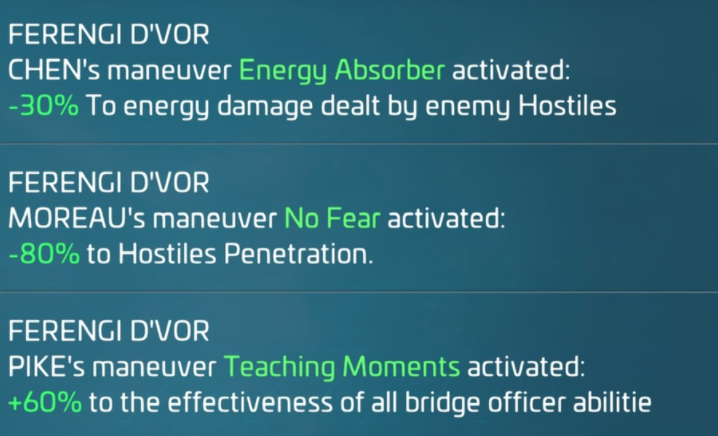 Like the basic crew we again use Chen for her energy damage reduction.  The following hostiles you should use Chen for.

Lets put it all together in the image below

The advanced kinetic crew is shown below

Which Hostiles to Farm

If we remember back to the Combat Mechanics guide we have the Combat Triangle so the hostiles you choose to fight should be dependent on your ship.

If you fly a Battleship(Kumari, Bortas etc..) choose to fight Explorers.

If you fly a Explorer(Vahklas, Mayflower, Centurion etc...) choose to fight Interceptors.

If you fly a Interceptor(Kehra, D3, Saladin etc...) choose to fight battleships.

Following the information in this guide will drastically improve the amount and level of hostiles able to be farmed at any level. Make sure to upgrade Chen and T'lann whenever possible as they will be used daily at any level.

* In Sol, Kronos and Romulus now has Heavy Traders which use Kinetic Weapons

** Borg farming can be better with Borg officers once they reach a certain point. Borg specific guide coming soon.